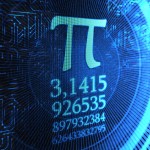 The new PI Interface Configuration Utility (ICU) was just released and posted to the download area on vCampus. It posted with a Windows XP End of Life notice.

It would be interesting to know the percentage of PI interface computers out there still running on XP. I’m sure that it would not be an insignificant number. While I prefer to use a server class machine for larger installations, there are still plenty of times when the PI interface resides on an HMI computer running on Windows XP. Sure, the DCS needs to be upgraded to a newer version that will run on Windows 7, but that is going to cost big bucks. It isn’t always easy to justify that expense, so you make do with the older version, and live frozen in time until you can find the money to upgrade.

Now you will also be frozen in time with your PI interface as well as the PI Buffer Subsystem. While you can probably live with this for a while, you need to plan now for an upgrade so that you don’t get stuck with an unsupported system. There is nothing worse than facing an issue, and not being able to get support because you are running an ancient version of the software. Once you realize that you have a major problem, it can take a long time to get that upgrade.

PI support is just another reason that you can add to the list to help justify that system upgrade.