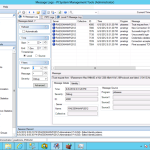 At the UC this year, the OSIsoft folks gave a presentation about PI in the Sky or PI in the cloud (UC video here).  Microsoft just  publicly released some of the new capabilities discussed at the UC to Windows Azure and I wanted to give it a try. I decided to see how easy it would be to install the PI Server 2012 Release Candidate in the cloud. It turned out to be pretty effortless.

Scott Guthrie (blog) is the man behind Microsoft’s push to the cloud. He is also behind all of the ASP.NET MVC stuff. You can see his keynote from the announcement at http://www.meetwindowsazure.com/.

The ability to commission a Virtual Machine in Azure is something new. You have the ability to create a Windows 2008 R2 or the new Windows Server 2012. I decided to give 2012 server a go. It only takes a few minutes to provision a new server. Literally, a few minutes. You click create and it does all of the hard work for you. You are given a screen with a connect link at the bottom. You click that link and it downloads the Remote Desktop RDP file allowing you to logon to the new server instance.

Azure has been able to host SQL Server databases for a while. I configured a 1GB database hoping that I would be able to use this for my AF Server. Creating the SQL Server instance is just as easy as creating the server. The dashboard gives you the connection strings that you need to use your database. I was able to connect to the server through SQL Management Server on my laptop, but I was not able to use the database for the AF Server because I wasn’t sure how/if AF could use SQL authentication to connect to the server. Windows AD authentication may or may not be configurable but I didn’t have the time to figure it out.

I ended up installing SQL Server 2012 Express on the VM and using that to host the AF Server database. This went pretty smoothly and I was up and running in no time.

I now have a OSIsoft PI Server 2012 RC server running along with AF Server 2010 R3 in the cloud. I can connect with Server Explorer and ProcessBook without any problems. I imagine that it would be trivial to setup PI to PI to transfer data from my vCampus server up to the cloud server.

I’m pretty excited about the possibilities that this opens. OSIsoft has been working with Microsoft to explore the different deployment scenarios and tools that this new platform will make possible. After seeing how easy it is to install the base products, I can’t wait to see the new tools that the PI Geeks at OSIsoft can dream up.

Someday you may decide to send your data from your facilities up to the cloud where your PI server resides. More likely, you will probably end up deploying some components to the cloud to make select PI data available to business partners and 3rd parties. You will almost certainly end up deploying products to the cloud to support remote access. It has always been pretty exciting to be a PI geek but our options and abilities have never grown at a faster rate than now.