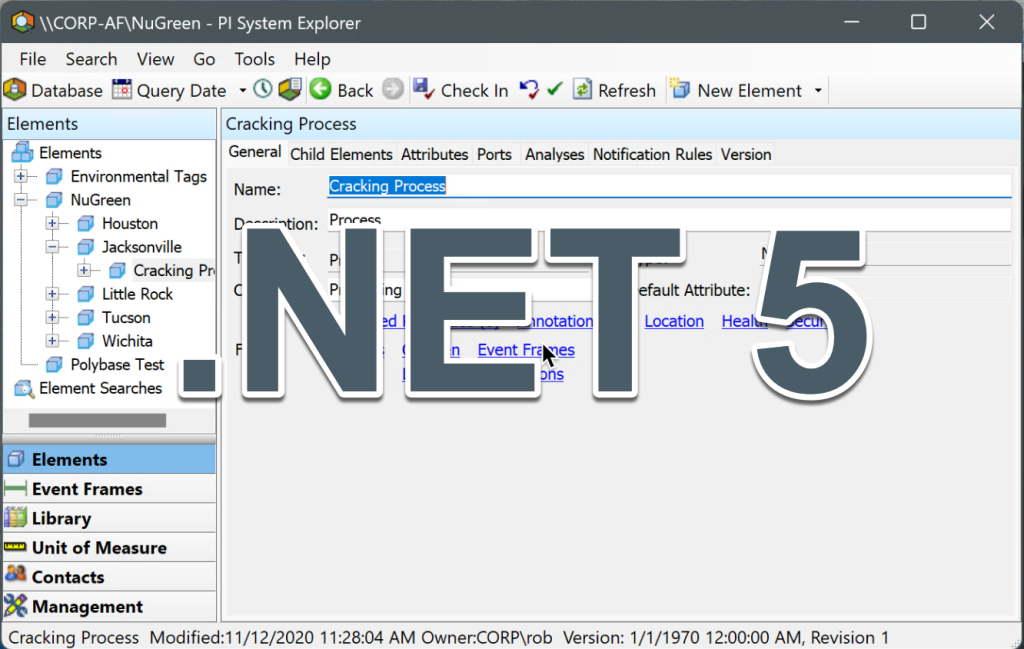 The Asset Framework uses the Windows Communication Foundation, WCF, for communication with clients. WCF was an excellent choice when OSIsoft initially developed AF as it facilitated integrated Windows authentication, encryption, and other features that made building a modern API easier.

The AF SDK is a .Net assembly for developing applications for AF. The AF SDK is the preferred method of developing for the PI System. The PI development community was delighted with the release as it was much more intuitive and easy to use than the previous COM-based PI SDK and old C API for the PI Data Archive. The .NET environment was Windows-only, but this was not a problem at the time.

Fast forward to  2015 when Microsoft announced .NET Core, a cross-platform and open source .NET. We were all excited at the promise of being able to run .NET code on Linux and macOS. The only problem is that .NET Core only implemented a subset of the original Windows-based .NET. Core picked up bits and pieces of .NET3 and .NET4  along the way, with the .NET 5 release, Microsoft merged the Windows-based .NET 4 and cross-platform .NET Core code bases. Unfortunately for OSIsoft and others who chose WCF, Microsoft stranded them in .NET 4 and Windows-only clients.

Recently Core WCF V1 was released. It was developed as a community effort and only implements a subset of the original features. Still, it is a potential path to upgrading existing dependencies and gaining cross-platform support.

Microsoft has recommended that developers migrate WCF to Core gRPC, and many developers have chosen this option.

WCF is deprecated technology, and there are other modern options for supporting client connections with gRPC, REST, and GraphQL. I hope that Aveva is making plans to migrate the AF SDK to a suitable alternative to WCF, allowing cross-platform clients and possibly supporting AF Server on other platforms.

The Asset Framework is the best tool I have encountered to allow non-programmer engineers to implement the structure and calculations they need to automate their jobs. I have seen Mechanical, Chemical, Electrical, and Environmental engineers automate the mundane work allowing them to concentrate on process improvement and save millions of dollars. This tool is the gem of the PI System and the primary reason so many companies chose this option. I believe in the tool and want to see it continue to develop, innovate, and scale. It is vital in this business to keep up with current technology. Companies that rest on aging code bases eventually get outflanked by the competition.